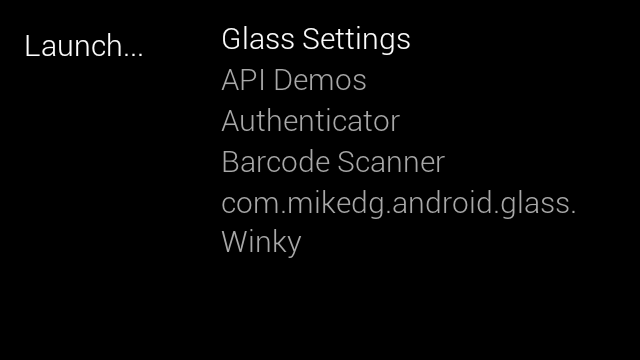 Mike DiGiovanni the creator of the first 2 native apps Bulletproof and Winky found that it is relatively uncomfortable to run those apps on glass, so he created an auxiliary app that makes it easier to manage native apps. It is of course called Launchy.

“Launchy – A Glassy-looking launcher. The big problem for most Native app development with Glass, is that once you install an app, there is no way for you to launch that app easily. Launchy is going to fix that. I figured out a way to get Launchy running from GlassHome without affecting general usability too much. I’m really excited about this since it’s going to let devs create more typical apps that can’t be triggered off global broadcasts.”